What Video Game did you just buy? 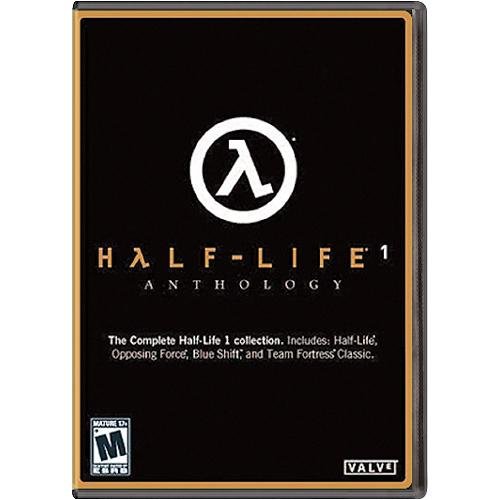 That’s all you’ll ever need.

Oh man. Half-Life is my favorite shooter ever. I can’t wait to play the second one.

I didn’t like the first Halo but the second was okay. Don’t really like Halo all too much.

Gonna pick myself up a copy of Final Fantasy XII on Sunday.

I’m all that into RPGs anymore, but out of tradition I’m gonna buy it. Plus I know it’ll be amazing.

Last game I actually bought was Zelda: Twilight Princess. And the Resident Evil remake for the Gamecube.

lol I’ve only just bought a Gamecube as they’re really cheap nowadays. I’ll proabably only get the Wii when its on its last legs lol

Final Fantasy XII was great. Although I didn’t get to finish it - I fell in love with my new XBox360.

The Halo games were great multiplayer when my friends used to come over and link up some xboxes, but I never owned an xbox or Halo and as far as why it was so popular… I really can’t see why it was better than any other shooter, especially when just about every PC shooter owns it.

Oh, and my brother got his first Wii injury yesterday. He was fishing in Zelda and hit the fan. lol.

Excite Truck for Wii and it rules. :o

I bet Wii owns. I just don’t have one yet…

I LOVE Nintendo, but the wii seems kind of gimmicky to me. I sort of want a wii, but my getting one depends greatly on Super Smash Bros. Brawl having online multiplayer.

Nothing gimmicky about a whole new feel to playing and an awesome range of games. (most of which are yet to come)

Virtual Console, anyone? I love to play old games from NES/SNES/Mega Drive/PC Engine on my Wii.

I just bought Farcry to my Wii ;D

Ah the Virtual Console, I forgot about that.

How I would love to play Ocarina of Time again or go one last round with my friends in Goldeneye.

[quote=“Pandamar”]
I LOVE Nintendo, but the wii seems kind of gimmicky to me. I sort of want a wii, but my getting one depends greatly on Super Smash Bros. Brawl having online multiplayer.
[/quote]

It isn’t gimmicky, trust me. That is why it works so well. Sure, there are games like Wii Sports made entirely for this new controller. But all the other games like Zelda, really work well with the controller. Even when you start to get over the movement part of it, it still works as a normal controller. They did a really good job with it. It’s just a controller that happens to respond to movement as opposed to being like the Power Glove or that fucking virtual reality head piece that Nintendo once had.

Honestly, I need no other game ever again ;D