Talk about films you would like to see, you’ve seen and what you think of them, Favorite actor, Director?

I really like Buster Keaton and Charles Chaplin. too bad there’s hard to find silent films on dvd in Sweden.

plus a whole bunch of Chaplin and Keaton shorts.

Sunrise (Murnau was the man)

Intolerance (Mostly for the Babylon scenes)

Un Chien Andalou (Though more of a short)

Thanks for the topic. This will remind me to check out Joyless Street (1925). I’ve had it for awhile, haven’t watched it yet.

And of course, London After Midnight

I don’t like these actually. Yes, it was something wonderful when they first appeared, some experience it must have been to see still pictures moving. But I wouldn’t give up the stuff I can see today for that experience.

People were so easy to surprise and stun these days. They even fainted when at the end of that flick, The Great Train Robbery or something, a guy shot at the audience with a gun. But it doesn’t work anymore. I’m simply bored by it all. Charlie Chaplin is also boring, I really can’t do anything about it. So is stuff like Metropolis, which was oh so awesome back before WW2. Call them timeless classics, whatever, I won’t argue, but I won’t pick any of them as my Saturday night movie either.

However, I love when they make public screenings of these old movies and a real live orchestra plays in the background, that IS great, like Nosferatu, I happened to see it this way. But watching it at home bored the hell out of me.

I don’t really watch silent films, other than Charlie Chaplin…

[quote=“Bleach”]
However, I love when they make public screenings of these old movies and a real live orchestra plays in the background, that IS great, like Nosferatu, I happened to see it this way. But watching it at home bored the hell out of me.
[/quote]

Yeah, I was about to say, next time you watch a good silent movie, just play one of your favorite albums in the background and see if the imagery matches ;D I mean, it’s not like you’re gonna be missing out on any dialogue.

I love Metropolis, Nosferatu and M.

Jekyll and Hyde was another great one too.

Haha, yeah, I almost fell for it, I was also going to say I love M, but then realized it was in sound

I somewhat agree w/ Bleach, in that I prefer a theatre experience w/ a live music track if I’m going to watch a silent movie. For instance there’s a small second-run theatre a few blocks from where I live. Where every Halloween they have a midnight showing of either Phantom of the Opera, or Nosferatu w/ a live organ player & orchestra quartet providing the soundtrack. So if it’s a situation like that I enjoy a good film from the silent era, but just watching one on TV. w/ a dubbed soundtrack is kinda lame IMO.

does anyone know what the first movie was?

[quote=“Jjp”]
does anyone know what the first movie was?
[/quote]

The Great Train Robbery (1903) was the first film production to have some sort of plot, but it’s viewed nowdays as a short (Only about 10 minutes long)

I still don’t know what the first full-fledged movie was that clocked in around 90 minutes or 2 hours. But D.W. Griffith was already making 3-Hour movies by 1915.

There were narrative films before The Great Train RObbery, like A Trip to the Moon (1902)

Spies (1928) is a great espionage film about #326 who tries to stop a madman and uses gadgets and get’s the girl and all that good stuff, long before Bond ever came on the scene.

Die Nibelungen (1924) is his 4 hour fantasy epic with dragons and dwarves and a magic ring.

Metropolis (1927) is his most well known, an epic science fiction film which did a lot of stuff other scifi films would take forever to match, including mechanical arms and cyborgs and a dystopic society.

http://www.dvdtalk.com/reviews/print.php?ID=13265 for more info on these films… I recently got Haxan (1922) A documentary on the history of Witch Craft. I guess it’s pretty brutal for it’s time, I dunno, but it looks really interesting, and i’m looking forward to watching it when I get to it.

I thought Haxan was so-so. Been awhile since I saw it so I don’t really remember that much except that the first half-hour or so was really dull. Then all hell breaks loose (Pun intended) in the middle but then the movie kinda whimpers out towards the end.

That Criterion disc includes a jazzy narration track which I thought was kinda cool. I’d recommend first-time viewers to give that track a listen.

yes please leave a review after you watch it, it looks odd for its time.

You can download (legal and for free) old movies at http://www.archive.org/details/feature_films

Legal, because their copyrights expired or they didn’t have copyrights in the first place. 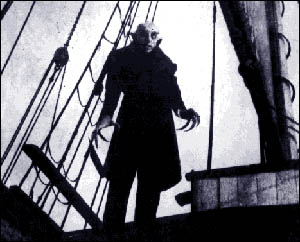 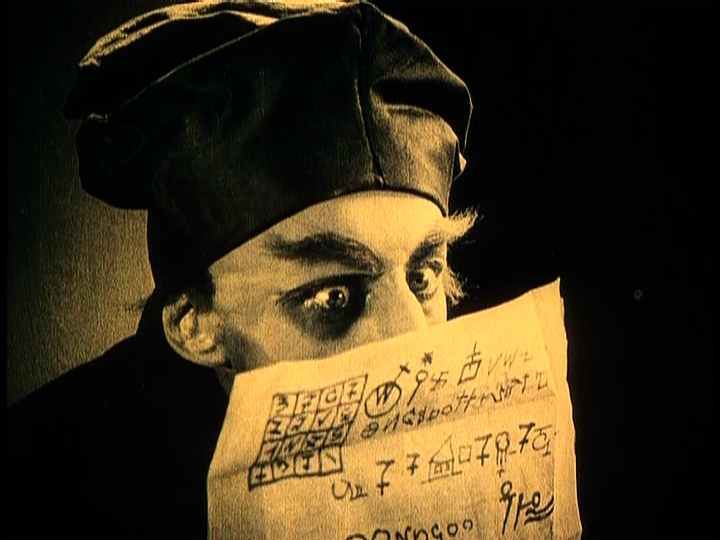 [quote=“moussemaker”]
You can download (legal and for free) old movies at http://www.archive.org/details/feature_films

Legal, because their copyrights expired or they didn’t have copyrights in the first place.
[/quote]

There’s another free site like that I found awhile back. Forgot what it was called but I watched Thomas Edison’s Frankenstein on it. Crazy shit!

[quote=“Laydback”]
There’s another free site like that I found awhile back. Forgot what it was called but I watched Thomas Edison’s Frankenstein on it. Crazy shit!

You’ve seen Thomas Edison’s Frankenstein? You… are… a… lucky… Son… of a…bitch…!..