Top 5 Actors based on ACTING

Well I know if I said actor and actress no one would put down actors!

1: Simon Yam One of my favorite actors period

Haven’t seen enough of Mifune to put on the list.

[quote=“HostOfThreads”]
Well I know if I said actor and actress no one would put down actors!
[/quote]

Shinichi Chiba - He alone can make a film worth a watch

Eiji Go - Always as much fun

Yusaku Matsuda â€“ Has received too little acclaim outside Japan

Strangely that list doesnâ€™t even reflect my taste that well. None of those actors appear in any of my top 10 favourite asian movies 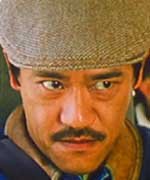 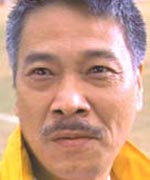 I didn’t know there were two of them.

a few weeks ago I watched Magnificent Warriors. After some time I started wondering where’s Richard, and excatly 7 second later he shows up (anyne who’s seen the film and remembers how he enters the film can understand the extra irony here)

ah, how could I have forgotten Odagiri Jo from my list. Odagiri in, Go out.

Wong out, Takakura in. What a fantastic actor.