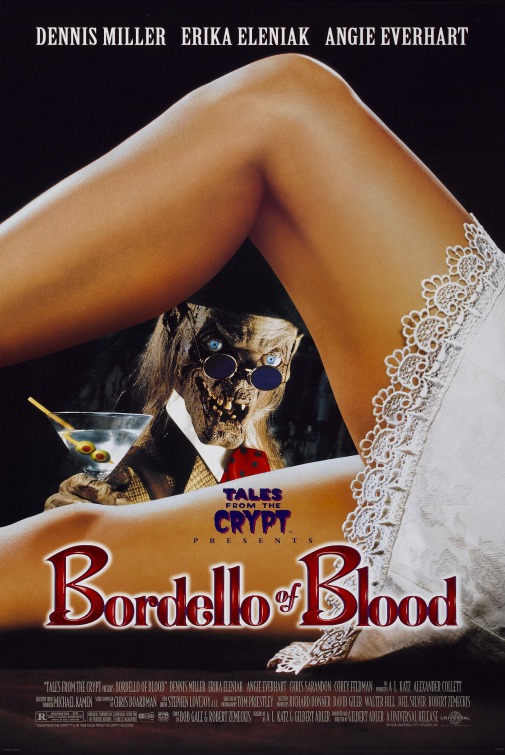 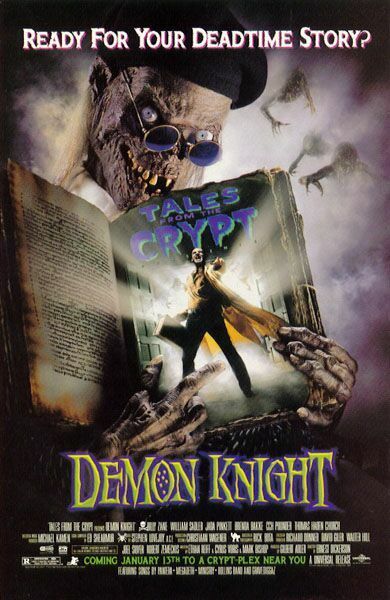 is anyone else a fan of this series and the movies and everything else about it i just got season 5 in the mail and so far its pretty good although i thought that that they were all good except season 4 which had some good ones and some horrible ones. I just finished watching the episode with steve buscimi in it from season 5 it was really good and joe pesci is in season 4. any thoughts. I have not seen demon night yet i seen bordello of blood and it was ok.
Jjp October 31, 2017, 8:34am #2

just finished watching the episode with bill paxton from season 5 def. one of my favs now.

Im a fan. I love all the EC horror line. I have some of the reprints from the early 90’s and a 1950’s copy of Frontline Combat. Ive been collectioning horror comics a long time. I also love the 1970’s DC horror like Tales of the Unexpected, Witching Hour, House of Secrets/Mystery, Ghosts ect.

I need to get the shows on DVD. I wish they would put Tales from the Darkside out on DVD as well as Monsters. Sci Fi channel sometimes shows Darkside all day long and Ive been meaning to record them to my PC.

do you have direct tv cause every on the chiller channel 257 they show an episode of monsters every day or every other day and yea sometimes i catch tales from the darkside on scifi did u ever see the episode of tales from the crypt where the guy is obsessive over his wife cheating on him and he thinks she is cheating on him with a preist i just finished watching it and it was really good the ending was incredible.

I dont think Ive seen that one. Its been so long since ive seen most episodes I can’t really remember them. I have charter cable and so far, where I live, we dont have the chiller channel. Ive been upset by this for some time. I havent seen Monsters since I was a kid. I found a site that sells bootlegs and Ive been thinking of ordering the series.

i never heard of Ray Bradbury Theater or

One Step Beyond but i watch friday the 13th alot on the chiller channel too they show at least one episode a day.

I use to watch the tv series on hbo when i was young…man what a show for a kid to watch and the intro is so great!

yea the intro is great the best is when all th green slime poors down when it reads tales from the crypt.

i got the 2 Movies at home you know Demon Knight and Bordello of Blood!

When iwas 9 or 10 Years old, i also watched the Cartoon

was the cartoon any good, and i heard demon night is alot better than bordello blood is it?

[quote=“Knoxville Kingpin”]
I have some of the reprints from the early 90’s and a 1950’s copy of Frontline Combat. Ive been collectioning horror comics a long time.
[/quote]

The 90’s reprints were the last comics that I collected before I said good-bye to both comic-book reading and collecting.

I loved the documentary, “Tales from the Crypt: From Comic Books to Television”. I saw it on Monsters HD, but I think it’s originally an extra feature on one of the DVDs.

yeaa i seen “Tales from the Crypt: From Comic Books to Television”. too its a special feature on season 1 dvd.

A comic shop dealer near me had a Crypt Keeper lamp that was cool as fuck. The CK was holding a candle stick that had one of thos bulbs that look like a flame and in front of him he had an open book. I tried to buy it off him but he wouldnt sell it. He said he got it from target one Halloween and they had it marked down like half price. He also said he wished he bought them all because amny people were coming in and offering lots of money for it.

yeaa i have it i put it out durin holloween i may dig it out and today and post a pic on here.

it aint like the pic i posted up top its bigger and the book has two episodes on it. i seen the one its the one where the newscaster does a show on a haunted house and gets stuck inside one of my favs.

twilight zone is my favorite tv show of all time.

yeaaaa i love the episodes with denis hopper because he is one of my favorite actors and bergis meradeth from rocky is in a few too. Rob serling is a genius u ever see night gallery with him?

No they never show that on tv but i would love to see it. One of my other favorite shows(The X Files) was obviously inspired by the twilight zone.