[quote=“Ify”]
Anybody know if these two films are going to recieve the special edition treatment that GBU got??
[/quote]

The restored Fistful of Dollars, For A Few Dollars More and Duck You Sucker DVDs will be release in Europe around April and in the U.S. in the summer of 2005. Just finished the supplements and damn happy to be done. I know Aldo will be in the supplements as they interviewed at my house. Chris Frayling is in town to do some narration tracks. We will meet with MGM and Chris Monday and get some better dates for Leone Exhibit starting in August 2005. Chris Frayling is doing narration for The Good, The Bad and Ugly with the hope that they will re-release the film PROPERLY in its right state later, although Sony bought MGM we will keep our fingers crossed.

Have seen the completed films and appear to have the missing scenes restored as well as the A.B.C. forward with Harry Dean Stanton in Fistful Of Dollars.

Loads of unpublished stills will be on the supplements as well.

I hope that helps you!

nice, definately be picking that up

its the typical region 2 UK SE look. what can you do? the german ones will have gold instead of silver even. i dont think the RC1 will be that ugly

* ‘A Few Weeks Off In Spain’ - Interview with Clint Eastwood

* ‘Not Ready For Primetime’ - featurette

* ‘Back For More’ - Interviews with Clint Eastwood

* ‘The Autry Exhibition: Sergio Leone Comes To The USA’

* 'Visions And Version: A Visual Analysis of A Fistful Of Dynamite

* ‘Finding The Original Version’ - Restoring A Fistful Of Dynamite

another confirmation comes from davisdvd.com:

MGM Home Entertainment has announced the UK Region 2 re-releases of three Sergio Leone-directed spaghetti westerns, each fully restored and remastered to Dolby Digital 5.1. A Fistful of Dollars: Special Edition includes with an audio commentary with Sir Christopher Frayling, the Leone documentary “A New Kind of Hero,” “The Lost Prologue” shot in the 1970’s with Harry Dean Stanton, multiple featurettes (“A Few Weeks In Spain” Clint Eastwood on making the film, “Cinque Voci” friends remember Leone, “Not Ready for Primetime” Monte Hellman discussion on the prologue, “Restoration, Italian Style” John Kirk on restoring the film, “Location Comparisons” Intercutting film clips with current footage of locations shot to music), a rare double trailer for A Fistful Of Dollars and For a Few Dollars More, ten radio spots and a photo gallery.

Finally, there’s the long-awaited A Fistful of Dynamite: Special Edition. Also known as “Duck, You Sucker!” the disc includes a commentary with Sir Christopher Frayling, “The Myth Of Revolution” documentary, featurettes (“Sergio Donati Remembers,” “Once Upon A Time In Italy” Leone at The Autry Exhibition, “Sorting Out The Versions,” “Restoration Italian Style,” “Location Comparisons”), the original trailer, radio spots and a photo gallery. Each two-disc set is due on April 18th and retails Ã‚Â£19.99.

here’s the first review of “for a few dollars more.” the site is in french,

to sum up: on the french DVD, there is no original mono track and the 5.1 mixes sound a bit weird sometimes. lets hope that there’s a mono track on the US release maybe

i guess so. there’s also one coming out in France but i think thats just the MGM type

paramount hired a company to do a high definition remaster and a picture by picture restoration together with both the german and english original mono tracks. they said they restored all the foley and all… and they took over the extras from mgm (and the 5.1 upmix for the crazies)

its gonna be the best dvd on earth.

and it has english audio so if you dont speak german you can import it (links see www.spaghetti-western.net)

btw, they did the same with the two nobody films

8) Living in europe, i got those a few montshs ago, and they don’t look shit. The extra’s are good, and i think theres the option to take the some dubbed scenes off dubb, so you can watch them normally with subtitles. But the dubbing is exellent (IMO_ and they really restored them. Very good, i’, still yet to get fistful of dynamite though :embarassed:

as I posted on www.spaghetti-western.net:

the best dollars DVDs will be the upcoming german Paramount DVDs. they have the same extras, but the director’s premiere cut and they are superbly remastered in video and have completely restored mono audio.

When are we getting these in AMerica! I import films all the time, but not for movies that should be available here…

[quote=“helu”]
When are we getting these in AMerica! I import films all the time, but not for movies that should be available here…
[/quote]

the dollars films, as well as duck you sucker will come to the US late this or early next year. they will be the same as the UK or French Special editions.

so bottom line: the german paramount will be THE ultimate editions of the dollars films and since they have english audio (restored!) its a good thing to import as well

FINALLY the R1’s are coming out here in June.

The covers look similar to the R1 GBU release. I’m just a little bummed out that they didn’t include Steiger in the cover. This move’s always been a 2-man show, far as I’m concerned. 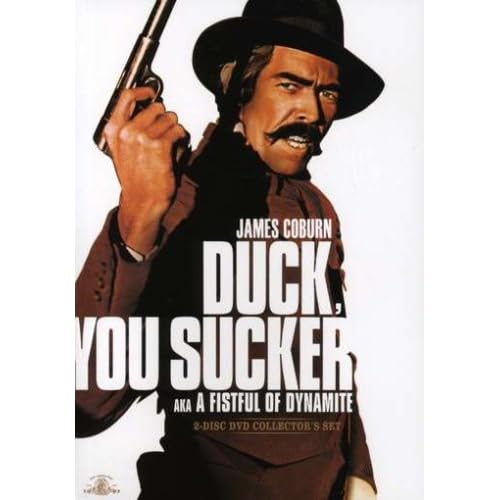 Also you can get a Sergio Leone box set 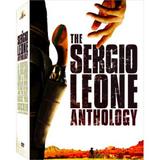 Yup, that looks like a nice set, but even though GBU is one of my all-time favorite movies, I don’t want to have a 3rd copy of it on DVD. I’m just gonna have to settle for the single releases of the other 3 movies.

(Something tells me I’ll have to order “Duck” online since that movie’s severly overlooked. But the other 2 movies, with the Eastwood covers, should be easier to find in stores)

[quote=“Laydback”]
I’ll have to order “Duck” online since that movie’s severly overlooked.[/quote]

No wiser words have been spoken.

Now this is my kind of topic!