Write A Script For The Stereotypical Film Trailer

huge white words flash on screen: Have You Ever Wondered

*narrator: “well today, one man has that opportunity. and he’s not going to let it go to waste”

THE ONE COMEDY THAT YOU MUST SEE THIS YEAR 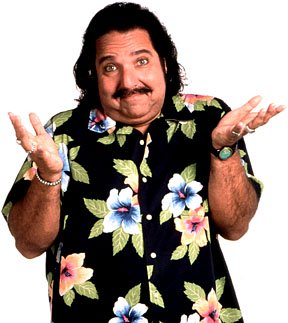 AND INTRODUCING: JAYCEE CHAN AS THE STEREOTYPICAL SILLY CHINESE GUY

Heres my super cliche script for One Shitty Day

Man walking down the street in winter.

Narrator Jim’s life was going great. He had everthing a man could want. Until one day it all changed.

Jim in office with hot chick. Hot chick kisses Jim. A woman walks in the door. Jim turns and sees her. "Amanda! It’s not what you think. She runs out.

Outside on the sidewalk. Amanda to Jim "We’re over."

Jim walking down street. Old beggar grabs Jim. Pulls him close and looks in his eyes.

Old Beggar say to Jim, "You are the one."

Jim standing with gun in living room. Window in house shatters. Vampire comes through. Jim turns and points gun at vampire. "Die you undead scumbag if that is possible."

Shot of dragon unfurling itself surrounded by fire infront of Jim whose clothes are ripped and blood stained. "This day just keeps getting worst."

Jim on phone in front of nuclear device with 2 minutes counting down. "Theres 3 different green wires which one am i suppose to cut. What do you mean guess."

Narrator Coming this christmas from the people who brought you Armageddon. Get ready for

A high-speed police pursuit rips through downtown Los Angeles. Bullets fly between a beat up car full of gangsters and a cop played by SEAN PENN.

Detective Russel Fletcher thought he had seen it all. every day, he wondered if he would end up dead.

Penn’s car flips over a pothole and explodes.

But what if he wound up undead?

ZOMBIE sean penn, in full uniform, hobbles through the door.

The commisioner, played of course by a flustered-looking CEDRIC THE ENTERTAINER, is yelling at Zombie cop.

Dammit, Zombie Cop, we have regulations, and you broke all of them with that stunt in the LA river (Author’s note to hollywood: We fucking get it, it would be cool to see a car roll on the LA river really fast. STOP SHOWING US. Sorry…)! Give me your badge!

Zombie Cop holds out his badge. The commisioner takes it…as well as his whole arm.

Zombie Cop is sitting next to Jackie Chan.

In China we-OH MY GOD!

have you noticed how many trailers say (in a loud deep voice) “one man”? It annoys me!

did you notice that its all the same narrator? that fucker’s rich as shit

FLOYD is sitting behind his desk working like a madman

Get me those files on Carter, Kelly!

FLOYD is 25-year old stockbroker who lives a luxurious life filled with happyness, love and money

But not today he ain’t!!

Theres no gold in here, you fucker!!

I said there’s gold in cash, not the horse’s ass!!

Because even for the most succesfull rich kids…

What do you mean i’m charged with childmolesting of 6 babies and a german sheperd??

That’s right! We got the evidence right here! There’s no way back Floyd Johnson!

FLOYD IS HANGING HIMSELF WITH HIS BELT

(on the phone, listening to the dialtone)

Whoa! that must be a record!

BUNCH OF OFFICE WORKERS LOOKING AT THE HANGING CORPSE OF FLOYD

I heard it had something to do with child molestation

And scare the crap out of you!

OFFICE WORKER THROWING PENS AND AT A DEAD FLOYD

That’s not autobiographical by any chance, is it?

It happens every day

Sounds of traffic passing by, lights moving so fast they form one continuous line.

On every street corner in the city

Busy street corner with store windows lit and women walking back and forth in front of the stores. Cars drive by, some of them stop and the girls run up to them. A few hop into the cars.

CLOSE UP: FOUR PROSTITUTES STANDING ON THE CORNER

A blonde, a brunette, a transvestite and a mouse brown haired prostitue work the corner. The Blonde, Brunette and Transvestite pace back and forth, while the Brown haired one stands still.

Women of the Night!

Hey, you haven’t moved all night, you alright?

Hey, you ain’t done no business either.

Damn it’s cold out here, let’s go get some coffee.

The three prostitutes walk away.

CAMERA ZOOMS IN ON FACE OF BROWN HAIR

Words flash on screen as NARRATOR says them.

WOMAN WITH SHIT IN HER PANTS.

She’s standing there for a reason.

WRITTEN BY - THE COHEN BROTHERS

NARRATOR - But that’s not all.

I’ll have to use that some day.

You’ve seen him in action…

quick 2 second clip of swords clanging against each other

You’ve seen him save the world…

fucking fast ass montage of so much random shit that you have no idea what’s going on at all, but there’s cool sounding techno music in the background so it’s all good

Wesley Snipes in a film written and directed by Slyvester Stallone:

cue hazy shot of sun rising through the window

shot of Wesley Snipes as Blade half naked in his bed

“Good thing this is my day off.”

Blade takes off sunglasses, looks directly at the camera, and says

“I was born a dancer, motherfucker”

And for the first time, you will see him…

not coming soon to a theater near you

Inspector:Nick your a loose cannon.

Nick: I am just doing my job.

Inspector:I have to give you a parter.

Nick:This sound like a line from a bad movie.