Evaluate the start of my script ?(it's a western)

Heres the start of my western. i’m not very good at formatting and there’s probally alot of typoes but i just want to know what the people of the world thinks about it so here it is.

Something to do with mexico

The sun shines over 108 slave working on a quarry. They are chained in pair and wielding mattock picks.

One of the pairs are Sebastian and Thomas. Thomas is wearing a scruffy black hat.

As they pound at the rocky quarry wall Thomas, 47, African, stops, takes off his hat, throws it near Sebastian and lays down on the ground.

How long have you been here?

IÃ¢â‚¬â„¢ve been here 33 years, can you believe

that is a lifetime

A man walks past them with a tied up slave trailing behind him. He is EDWARD.

The man signals a near by slave driver over to the two slaves.

As the slave driver walks slowly toward Thomas, he stands up and puts on his hat.

The slave driver, about three metre away from him now, picks up a rock from the ground.

Thomas stands there kind of smiling until the man is right next to him.

The slave driver swings with the rock, hitting Thomas in the head and knocking him to the quarry floor.

As Thomas falls to the ground he quickly grabs the manÃ¢â‚¬â„¢s nine shot Lemat revolver.

Sebastian now focussing all his concentration on the quarry walls continues to work, ignoring whatÃ¢â‚¬â„¢s happening behind him.

Thomas cocks the gun and points it at the Petrified slave driver.

He gets up and puts the gun in the mans mouth and pulls to trigger. The man falls to the ground, squirms a bit then dies.

Thomas wipes the blood from his wound and begins to walk, dragging Sebastian behind him. He stops points the gun at the chain starts shooting it, blowing it to pieces.

Suddenly another slave driver comes running toward the two with a rifle and shoots Thomas in the throat, He then shoots back killing him instantly.

As Thomas slowly descends to the ground below he give the revolver to Sebastian.

Sebastian looks down at the now dead Thomas emotionless, picks up the hat and walks away.

Edward, now about 400 metre from the two slaves, meets an elderly man in front of a single room cabin. The old man is JOE the owner of the quarry.

As Edward walks toward Joe, the slave begins to struggle.

Joe, now enraged with anger, punches Edward in the face.

You shot my horse

But it was my horse Ed, it was mine

Would you feel this much anger if I popped a bullet in my brain?

Yes Edward and do you know why?

Edward ignores him and changes the subject.

Edward turns around, hearing the gunshot from ThomasÃ¢â‚¬â„¢s gun and then walks inside the cabin with Joe and the slave.

Inside of the cabin is a a bookshelf full of books, two beds, one with a mattress and one without.

Edward pushes the slave toward Joe, who throws him on the bed without the mattress.

On the wall next to the bed are a sledge hammer, a two by four and five crutches.

As Joe begins to tie the slave on the bed, Edward walks over to the bookshelf.

I need a book on Cuba

Well what the hell would you want a book on Cuba for?

I heard it was nice down there

Joe puts the two by four between the slaves ankles.

And how will you be moving there?

I thought you could maybe loan me some money

Joe picks up the sledge hammer and lifts it over his head.

Edward, still looking at the bookshelf glances at a mirror showing Joe, swinging the sledgehammer into the slaveÃ¢â‚¬â„¢s ankle, breaking it instantly

Edward, how much do you owe me already

And if I lend you this money, how will you be paying it back

Joe unties the slave and hands him a crutch.

thing but youÃ¢â‚¬â„¢ll soon get it, Ted will take care of you

The slaves nods and walks outside.

Edward becomes silent and turns to the bookshelf, he finds a book on Cuba and hides it in his coat.

A slaves dead and ones got away

Ethan and Charlie have also past on

You mean there dead

Your not seriously thinking about going to Cuba?

this is just a draft, i just typed it up on the computer a minute ago

How about a concise synopsis of the first act to know what’s going on.Who’s your main character? Is is Sebastian? :embarassed:

bingo, sebastian is a dehumanized slave who has recently been accidently freed, so the only place he can really remember is mexico his home. i really don’t want to give away to much but sebastian meets a preacher and someone else and it all changes from there.

i’m not giving away what happens because it’s big.

Can we see some more action pplease. The genre ‘Western’ is somethign that needs a kick. I’m writing a western script at the moment as well.

it is kinda dull

It’s pretty good…but why is slaves ankle broken with a sledge hammer,and how come he didin’t scream or something?

i read thats what they used to do back then when a slave tried to escape.

whoops i forgot to add in the scream

what he was. It was all visual. I’ve always wanted to write a western but it

seems my mind is only capable of the mindless actioners.

ok that screenplay is great …bottom line. its only the start, but it makes up a good argument to convince rich film makers to go to the internet for writers.

how about people help me with my script instead of bullshitting about how bad snake charmer is.

please tell me what i have to fix and if my writing is alright.

ps. i have changed the “i’ve been here 33 years” thingy i thought it was a wee bit cheesey.

i also forgot to put in that sebastian is mexican.

i have also changed the location to new mexico

Is there more to this…have you done more pages? 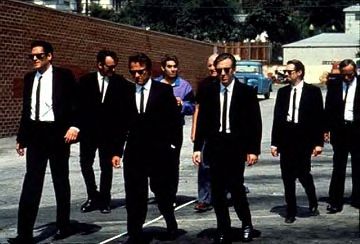 yeah i have written about 90 pages.

you can read i when i’m fully finished and when it is registered at the wga.

i still have to write the ending.

[quote=“the true gentleman”]
whats it about?

It’s more like a spaghetti western. About two bounty hunters who despise each other sepratley going after a special unit of the confederate army who kill traitors, desertionists e.c.t

[quote=“Ste300”]
It’s more like a spaghetti western. About two bounty hunters who despise each other sepratley going after a special unit of the confederate army who kill traitors, desertionists e.c.t
[/quote]

kinda like “for a few dollars more” but in the civil war?